Henry Perley of Greenville in a 1920s publicity shot

“Tracing Thoreau’s Trail: East Cove to Katahdin,” is a series of 35 large black and white photographs by Bert Lincoln Call in the 1920s, a professional photographer who traced Thoreau’s journeys through the Maine Woods.

“What Thoreau captured in prose, Call captured in pictures,” said Suzanne AuClair, executive director of the Moosehead Historical Society.  “We’re extremely fortunate to have the guest speakers we do this year.  Also, the Thoreau pictures are very, very fine.  We were able to bring them to the site of Thoreau’s launch here at East Cove in Greenville by special arrangement with curator Frank Spizuoco.”

Call’s work was brought back to life by Todd Watts, an internationally recognized professional photographer who took the original negatives and printed them.  Watts’s own work has been exhibited at the Metropolitan Museum of Art in New York, Princeton and Yale universities, The Art Institute of Chicago, and The Ansel Adams Center for Photography in San Francisco, Paris, Vienna, and Australia, among other places.

“Moosehead’s People of Dawn” introduces the Native American families who settled here in Greenville and Rockwood, including the Annances, Perleys, Tomers, and Capinos.  The new display also introduces the various tribes associated under the umbrella name of Wabanaki.

The Bert Call and Native American exhibits are opened Thursdays – Saturdays, 10 a.m. to 4 p.m. and on Sundays, from 1 to 4 p.m. 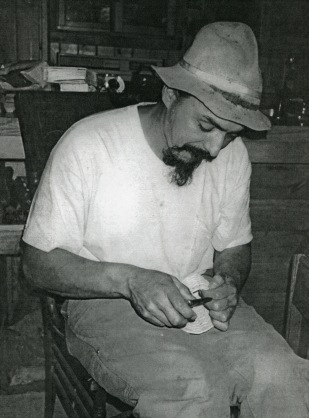 Also on tap is Lee Kantar, lead moose biologist for the Maine Dept. of Inland Fisheries and Wildlife; Janice Kimball King, expert ash pack-basket maker; and Shannon Durose, who will demonstrate the art of candle making.

A Friday night BBQ begins at 5 p.m. followed by Nashville recording artist Rod Picott.  Both will take place at the Greenville Village gazebo, located next to the Moosehead Marine Museum, which will also be opened for tours that evening.  A popular four-day silent auction with many unusual items also runs throughout the festival at The Center for Moosehead History.

Unless otherwise noted, all programs take place at The Center for Moosehead History.  For each day’s events, times, and locations, please check the website for particulars: http://www.NRECmoosehead.org or call the Historical Society: 207-695-2909.  The festival is made in partnership between the Natural Resource Education Center and the Moosehead Historical Society & Museums, both of Greenville.