A lot of money was made, and a lot lost — JH Eveleth

John Henry Eveleth was born in Monson in 1826, died in Greenville in 1899. He seemed to be a man of unbound energy throughout his lifetime. He found mostly successes in many businesses, with the key to his success apparently found in the diversification of that entrepreneurial spirit. At any given time, and often at the same time, he was a store owner, owner and investor in timberlands, a mill owner in a family-run operation, owner and stockholder of steamboats. For decades, he was the Greenville postmaster.

Eveleth began work as a youth in his father’s store in Monson. With his father’s encouragement, as a young man he opened his own store in Greenville, which was successful, but he did not like it. In 1849, he left his father in charge of the store and went to California to try mining. After two years, he returned to Greenville, and here he stayed for good.

In 1874, he bought half an interest in Frenchtown Township, quite possibly the other half was with Milton G. Shaw, another Greenville benefactor. Mr. Eveleth would eventually come to own most of Frenchtown. He purchased many other tracts of land. He saw potential in steamboats and became a stockholder of the Moosehead Lake Navigation Company. He also was the sole owner of three boats. He owned a number of houses. 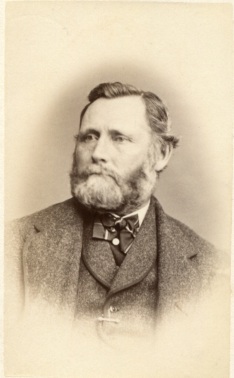 Mr. Eveleth invested in many interests, near and far, from the American Waltham Watch Company in Boston to the Penobscot River Dam Improvement Company. He had large shareholding interests in a Monson slate vein and in the Bangor & Aroostook Railroad. He was a stockholder of a West Cove hotel, the Kineo Hotel, and of the Moosehead Inn, here in Greenville Junction. The Moosehead Inn was located across the street from what is now the Eveleth-Crafts-Sheridan Historical House. When his grand-daughter, Julia, acquired it, she eventually bequeathed it to the Town of Greenville, with the intention that it become a public park on the waterfront for all residents to enjoy. The land passed out of the Town of Greenville’s ownership. Today, it comprises the site of Weyerhaeuser offices and of Currier’s Flying Service.

According to an 1898 biography of leading Piscataquis County citizens, John H. Eveleth was Greenville postmaster for 21 years, was a selectman, town clerk, and town treasurer. His first wife and he had two children; she died in 1885. In 1888, he again married, though had no children in that union. He was Republican and on religious subjects his views were liberal.

In his waning years, he willed Frenchtown Township to his grandson, Oliver Crafts. His estate was willed to his daughter, Rebecca Crafts. Farm Island and his ownership of lands in Taunton & Raynham Academy Grant and Squaretown Township went to his grand-daughter, Julia Crafts.

When asked about the plethora of business adventures he, and many other men, tried in the height of the speculative 1800s, as an old man Mr. Eveleth said simply, “A lot of money was made, and a lot lost.”

One such venture centered on Deer Island. First purchased circa 1832 by one of the earliest speculators of the area, General Aaron Capen, the white pine was cut and sold, to great advantage. He also established Capen Hotel and Camps there. But, in a land deal gone bad, he lost over $30,000 buying Sugar Island from a Mr. E. Crehore. Capen decided to sell Deer Island in order to cover his losses.

Mr. Eveleth himself was not immune to losses. He was used to conducting business on a handshake and gentleman’s agreement. But he once lost the princely sum of $10,000 due him by two businessmen who never did pay him.– SA